In previous posts we have featured Marty KN0CK’s popular modified RTL-SDR dongles which have either a miniature built in high quality HF upconverter with amplifier and filter, or an amplified and filtered direct sampling modification applied to them. With these modified dongles you can receive the HF frequencies from 0.5 MHz to 54 MHz. These kits were previously available for sale on a webstore, however that store has since closed down.

Fortunately, Marty’s modified RTL-SDR dongles are still available at http://www.kn0ck.com/HF_SDR/. The HF upconverting dongle can be bought for $75 and the direct sampling dongle at $60. The store page also shows example videos of the performance you can expect.

Previously on this blog we’ve seen KN0CK release his custom modified RTL-SDR tuners which have built in upconverters for accessing the HF bands. Revision 5 of the KN0CK receiver is now almost ready for sale, and will be sold over at KF7LZE’s webstore Easy-Kits.com.

Revision 5 promises to be lower priced as it will run using the direct sampling mod instead of using an upconverter which would require more components. It will also use a Mini-Circuits MAR 8 wideband amplifier to improve weak signal performance.

The fourth revision of the miniature HF upconverter for the RTL-SDR by KN0CK is up for sale, now that revision three has just sold out. Revision four has a 120 MHz oscillator, and is capable of receiving the 6m band.

Check out the release post over at KF7LZE’s blog, and the product sales page at the Easy-Kits store. 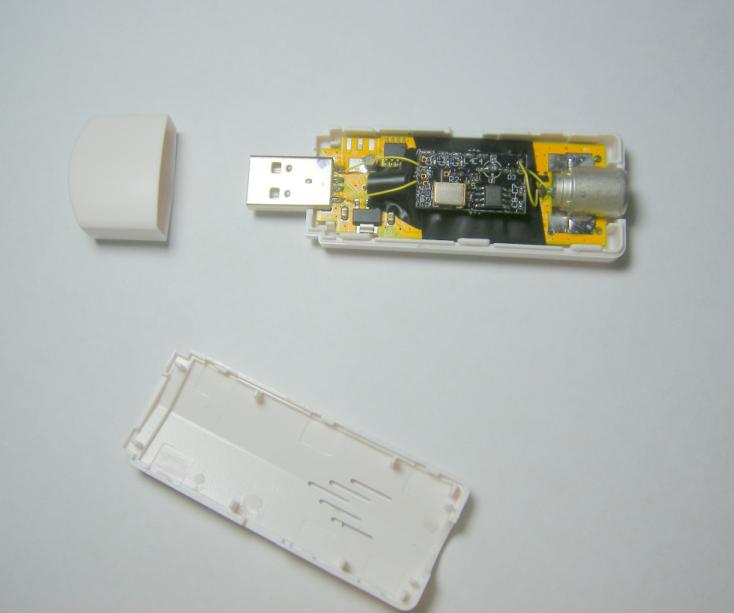 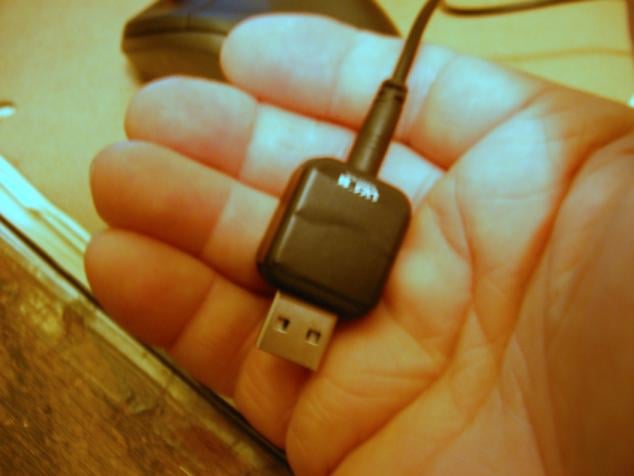 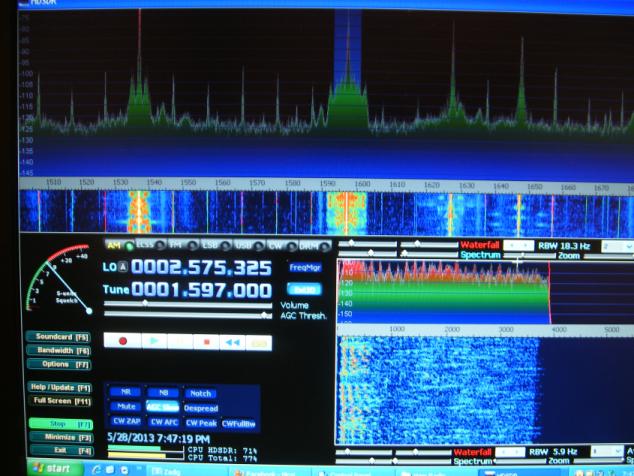 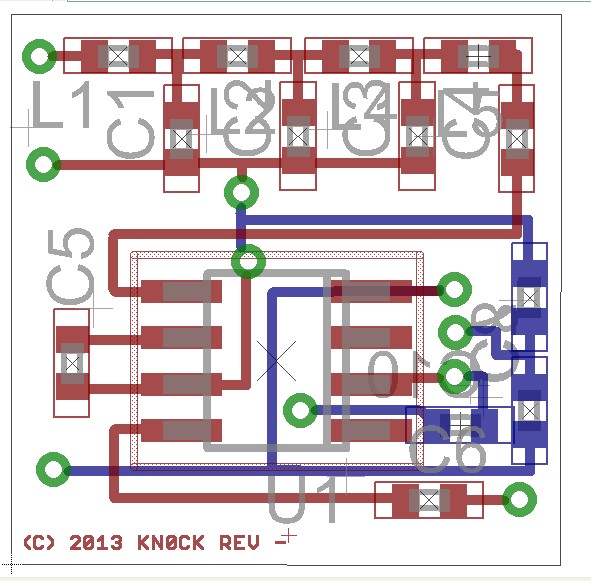 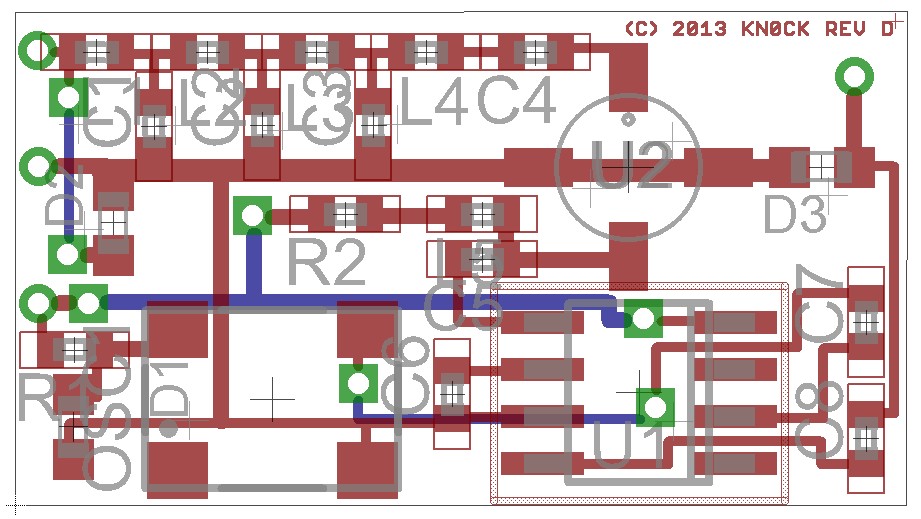 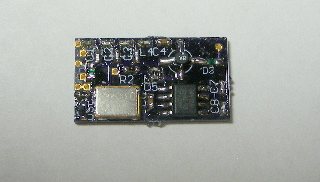 A few months back we posted about Marty Kn0ck’s plans to sell an RTL-SDR dongle with integrated HF upconverter.

This dongle is now for sale at easy-kits.com.

His RTL-SDR + HF upconverter combination is different to the other combinations posted previously, as Marty uses tiny surface mount components to fit the entire HF upconverter within the dongle casing itself. The result is an RTL-SDR that is capable of tuning between 0 and 30 MHz which goes for $100 USD. 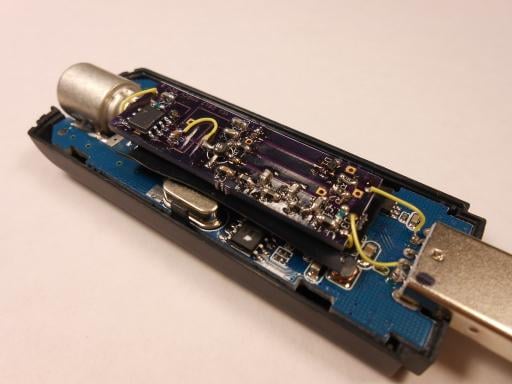 The LimeSDR Mini has now started shipping out to backers, and we received our unit just last week. The LimeSDR Mini is the smaller version of the full sized LimeSDR which was released early last year in 2017. The standard LimeSDR has a frequency range of 100 kHz – 3.8 GHz, bandwidth of up to 61.44 MHz, 12-bit ADC and 2 x 2 RX/TX channels. In comparison the new LimeSDR mini has a slightly restricted frequency range of 10 MHz – 3.5 GHz, and half the maximum bandwidth at 30.72 MHz. The mini also only has 1 x 1 TX/RX channels. The price is however much less coming in at US$139 for the mini and US$299 for the standard LimeSDR.
In this post we’ll give a brief unboxing and review of the LimeSDR Mini. If you’re interested take a look at our previous unboxing and initial review of the standard LimeSDR as well.

The LimeSDR Mini came in a small black box inside an anti-static bag. No accessories like antennas are included in the package. The PCB comes without any enclosure, but an enclosure can be ordered as an additional extra. The size of the PCB is similar to an RTL-SDR, but a little wider. The RF sensitive components are covered with a shielding can. Removing the can reveals the main Lime System RF chip, the LMS7002M, as well as several RF transformer matching circuits.
One end of the PCB has a standard USB-A connector, whilst the other end has two SMA ports, one for receiving and the other for transmitting.

END_OF_DOCUMENT_TOKEN_TO_BE_REPLACED

Over on the LimeSDR facebook group Marty Wittrock (KN0CK) has been experimenting with his LimeSDR and SDRAngel. SDRAngel is a general purpose SDR program similar to SDR#/HDSDR/SDR-Console etc, but with the key difference that it is designed to incorporate TX features as well. SDRAngel has releases available for Linux and Windows.

Marty writes that in early August SDRAngel programmer Edouard (F4EXB) resolved most of the issues with LimeSDR compatibility and now TX and RX in SDRAngel with the LimeSDR works great.

SDRANGEL/LIMESDR WINDOWS UPDATE – WORKING!: …For the first time in 18 months the LimeSDR has a working Windows transmit and receive application..! Check out the video for more, but for those that don’t use Linux, you can now experience full transmit and receive using the Win32 SDRAngel version 3.5.5 and Zadig 2.2 that loads the LimeSDR driver…Just load Zadig first as you normally would to select the LimeSDR (after you’ve initially installed it) and then launch SDRAngel…The application will allow you to operate ANYWHERE from 160m to 70cm using any demodulator and modulator you wish (AM, FM, SSB, CW, and more!). I tested it this evening from 40m to 10m to 2m tonight and it works EXCELLENT..!! Get in while the gettin’ is good – A full-up transceiver app now exists for the LimeSDR and this is just the beginning..! 73 de KN0CK

LIMESDR/SDRANGEL UPDATE: Yours truly the mad scientist, playing with the LimeSDR on HF at 7.0 MHz here within the shack (no external antennas applied) TRANSMITTING NO DELAY ON HF LOWER SIDEBAND USING SDRANGEL AND THE LIMESDR..!! FINALLY, an app that supports receive and transmit for the LimeSDR is available free of charge and WORKS PERFECTLY..!! See it for yourself on the attached video…And I do have the recipe for this since it’s on Linux (Ubuntu 16.04) for now…A Windows 7/10 build IS planned…A RED LETTER DAY FOR THE LIMESDR..!! #LimeSDR #SDRAngel #HF 🙂 !!

Over on YouTube LimeSDR beta tester Marty Wittrock has uploaded several videos showing the LimeSDR receiving HF frequencies. In the first video Marty shows it receiving the USB voice on the 20m band during the 2016 ARRL field day. The second video shows reception of PSK31 signals. More videos are available on his channel if you are interested.

In the videos he uses GQRX and his own KN0CK HF upconverter. The LimeSDR should be able to receive HF on its own without an upconverter, but at the moment the HF capabilities have not been programmed into the drivers yet, so during this beta testing period an upconverter is required.

Marty also wrote in to us to make some comments on his experiences with the LimeSDR. He believes that the LimeSDR is amazing and writes:

The quality of the receive and audio [of the LimeSDR] is incredible against other SDRs I have in the house (Flex 5000A, RTL-SDR, HackRF, Red Pitaya – and soon SDRPlay).

Marty also writes that he will soon have more videos of the LimeSDR operating in Windows with SDRConsole in the near future, and we will post those videos too when they are ready.