Can a ground loop damage an RTL SDR?

Can a ground loop damage an RTL SDR?

by hydrogen18
Hello. I have been using an RTL SDR connected to a single board x86 PC called an "Atomic Pi" to receive FT8 on the 80m-20m bands for a while now.
It works pretty well. A few weeks ago I realized everything had shut off. The 5 volt DC power supply I was using to run everything has died.

I had a switchmode power supply that is 120 VAC -> 5 VDC so I connected that and the Atomic Pi works again. I think I just had too much current on the other
power supply. This one is rated at 15 amps so it should not be a problem. I get everything back working and I am receiving less signals than before. Eventually
I am getting no reception. I can confirm signals are being received by moving the same antenna to my Yaesu radio that is connected via audio to another PC.

I use GQRX & WSJT-X to receive signals. I am now seeing this shown in the waterfall on WSJTX. This is not a real signal on the air as far as I know.
After some troublweshooting I replace the RTL SDR with a known good one. It seems for the first 20 seconds or so everything is fine. Then it is dead again.

At this point it dawns on me this power supply may not be isolated like all the other equipment I had used. It appears that the earth terminal on the power supply
and the negative rail are common. I measured from the shield of the coax to
my ground rod (4 ft of copper clad steel rod directly outside the structure). There is 250 mA of AC current as shown by an AC multimeter. I'm not really concerned about the ones that died I just need to avoid having this happen in the future. I have now bridged the electrical
ground on the power supply to my ground rod.

On one of the "dead" RTL SDR units I removed the bias T from the board. I reinstalled it and I now see some FT8 signals. I have no way of comparing the
sensitivity of this RTL SDR to anything else at this point.

So I have two questions:

1. Is it possible this ground loop is killing the RTL SDR?
2. Is it likely that the only thing damaged was the bias T?


Before removing the bias T and with the ground loop 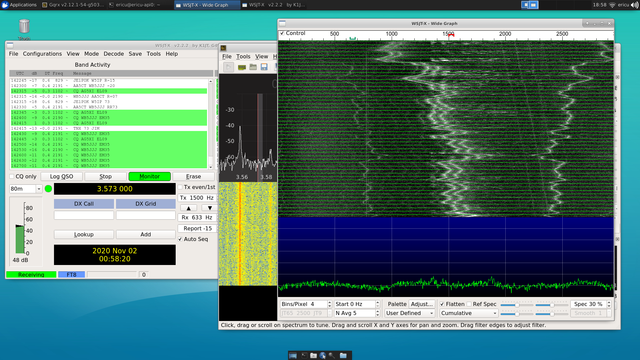 After removal of bias T and shorting out the ground loop 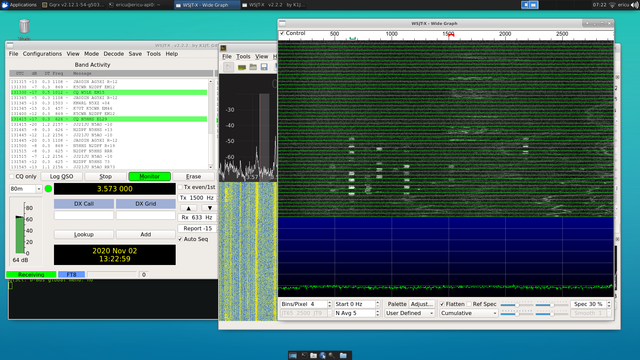 Re: Can a ground loop damage an RTL SDR?

by snn47
I try to answer the questions as I understand them.

Yes all weird things can happen, or you had lightning strikes somewhere close by and secondary effects effected your AC which can kill some devices, while others survive

A power supplies AC-In should be isolated from the AC-out. Some PS AC connectors have 3rd ground cable/pin while others have not.

Even with the isolation you may get a current between the equipment and ground, but you can also measure a current
if you connect your DVM to different grounds in your house not directly connected.

The best way to check your problem would be to use a battery with a linear 5 V regulator to provide power to your RTL-SDR Rx e.g. via a externally powered USB hub or USB extension.
All times are UTC
Page 1 of 1
Powered by phpBB® Forum Software © phpBB Limited
https://www.phpbb.com/