Thank you to Merlin from the SignalsEverywhere discord channel for writing this guest post.

A package arrives at the door, a world of signal exploration awaits you. Ripping the package open you quickly install the drivers and begin exploring the beautiful waterfall of signals only to realize… Listening to the police pull someone over or your neighbors baby monitor they forgot to unplug is getting kind of boring. Where do you go from here?

We will show you that there is a whole lot more in the world of radio, ready for YOU to discover out there.

For some out there, the broadcast band (88-108 MHz) is just a droll block to be skipped over, I will say this about that: 7 times out of 10, you’d be right. However there is a lot more there than you realise. On a normal evening, it’s not unusual to hear Billy-Bob and Tina’s evening drive home show on your commute home, this is referred to as local programming and is perfectly normal. However during lifts in band conditions it’s entirely possible to hear radio from all over the world. From my [Merlin of Signals Everywhere] QTH in SE England, I regularly receive broadcast FM from France, Belgium and the Netherlands (music in Dutch is certainly an acquired taste…).

Hidden amongst the signals is a service called RDS (essentially give you station information such as station name, current song and so on). Oona Räisänen has done some amazing work digging about and documenting some of the things around RDS check out her blog post for more details.

On a slightly nefarious note; there are surveillance devices which transmit on low power onto the BFM bands, these are a lot more common than you realise and are available for meer $ on amazon and ebay.

All over the bands you’ll see a little blip here, a little blip there and you’ll sometimes be thinking to yourself “What was that?” “I wonder if it’s a regular pattern or…”. Upon looking up you’ll notice that you’re sitting around one of the various licence free allocations. As it stands right now, you’ll regularly encounter things around 13 MHz (RFID) 26-27 MHz (remote control cars and the like) 40 MHz (same as previous) 433 MHz (This should be a section in and of itself, we’ll be circling back to this in a future article) 863-869MHz (All different kinds of things again) and 900 MHz.

There are a few tools that will help you with a lot of this such as rtl_433 or to even break it down further URH. In the 433 MHz area, you’ll find everything from wireless weather stations to tyre pressure monitoring and a lot more in between. As I said previously, this will need an article in and of itself so keep an eye out for it.

If you’re like me (Merlin) you’ll absolutely love to hunt for signals from other countries. Being closer to continental Europe than I am to London comes with advantages in that I regularly receive signals from the French and Belgian coast (I am still in fact trying to identify a signal from Belgium that appears quite often and I still have no clue as to what it is, if you’re Belgian and can help leave a comment below). I have received everything from the Dutch P2000 network to an unidentified Belgian trunked system to an unidentified French FSK system that no one has been able to identify 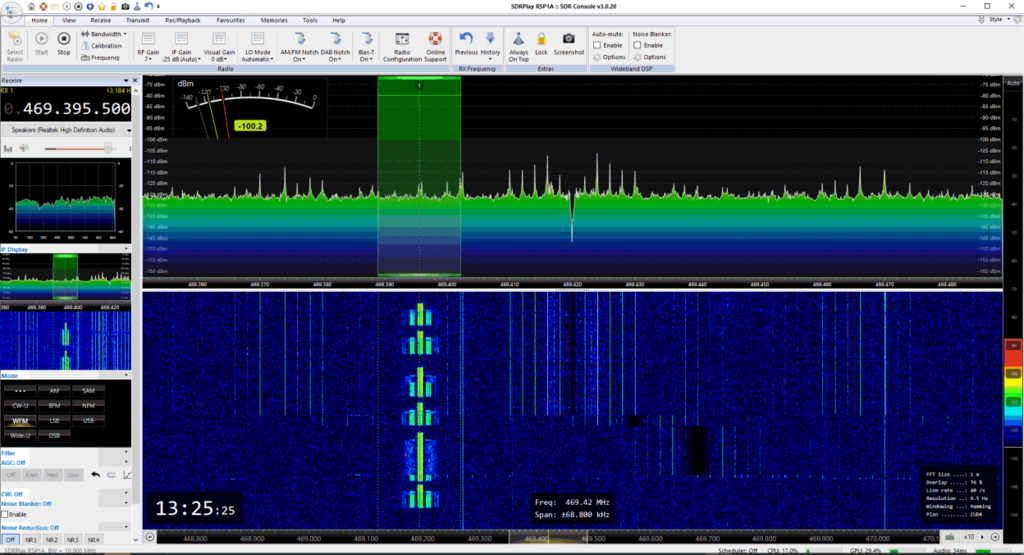 You will also encounter (depending on your location) niche systems such as France’s channel hopping UHF pagers, legacy systems such as Motorola type 2 trunks all the way up to the latest and greatest in digital trunked technology. It’s a case of recognising how the weather effects propagation specifically in your location and tuning in to the right places at the right time. Broadcast FM is a fantastic metric of a “lift” in propagation. 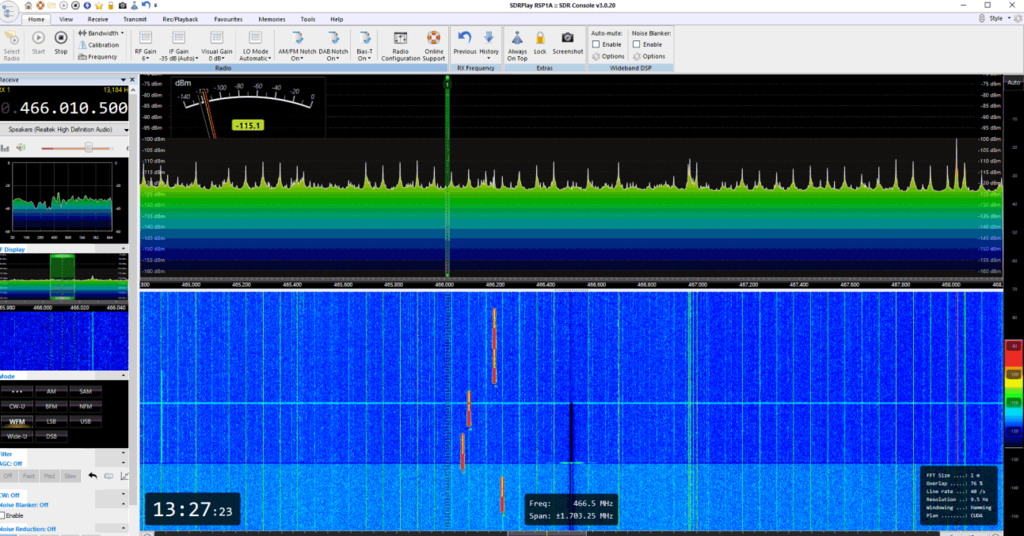 The range of an RTL-SDR is pretty impressive, however when you start looking into things such as satellite communications or Amateur Television you might find that you just can’t reach the frequency ranges you need. This is where downconverters come into play. To keep it simple, a down converter is essentially just a frequency mixer and some filtering. Many of these down converters use active mixers meaning that we must feed them power, the bias-tee of the RTL certainly comes in handy for this although some downconverters (such as a satellite LNB) may require a bit more power than the 5v the RTL provides.

So what does the down converter do? Essentially, it takes the input signal from your antenna and mixes it with it’s own local oscillator frequency, the mixer then spits out the sum and difference of those signals. So, let’s say you want to listen to a 10GHz signal on your RTL, you could use a satellite LNB with a 12v power injector (since it does use an active mixer and LNA) with a local oscillator frequency of 9.75GHz and your 10GHz input signal would come out of the mixer at 250MHz, Perfectly within the range of your RTL-SDR!