HackRF is now for sale on Kickstarter, and it has already reached it’s $80,000 USD goal in less than half a day. If you didn’t already know, HackRF is an open source Software Defined Radio that can receive and transmit between 30 MHz and 6 GHz. HackRF has a 20 MHz bandwidth which when compared to the RTL-SDRs 3.2 MHz maximum is a lot.

There have already been 500 HackRF beta units sent out so the hardware should be fairly stable by now.

The basic package which includes a fully assembled HackRF board and enclosure is selling for $275. For $315 you can get a HackRF, enclosure and a Ham-It-Up upconverter as well, which is commonly also used with the RTL-SDR and will allow you to receive the HF bands between 0 – 30 MHz. 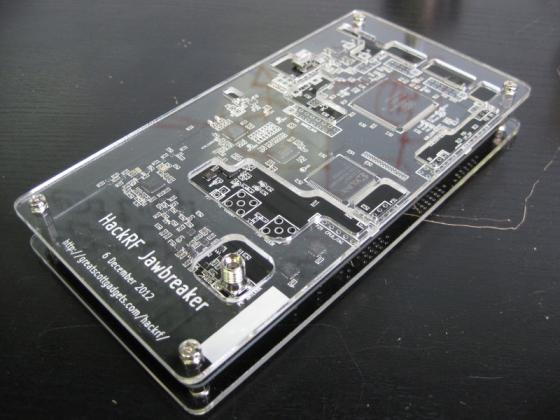 If you are interested in some videos, here is a video showing the HackRF transmitting wideband FM using GNURadio.