HRPT is a picture transmission protocol which stands for High Resolution Picture Transmission. There are multiple satellites which broadcast weather images in this format including the NOAA, GOES, Metop-A and Feng Yun satellites. These satellites transmit HRPT at about 1.7 GHz.

@uhf_satcom also tried to receive these images with the RTL-SDR, but was unsuccessful. But you can still receive the lower resolution APT weather satellite images using the RTL-SDR.

Below are some examples of the images he was able to receive. 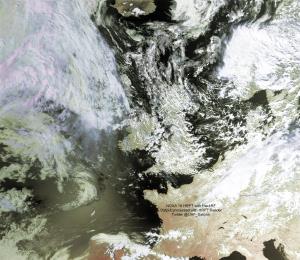 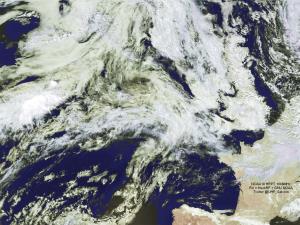 Update: This is an image of the L-band antenna he used.