If you weren't already aware, over the past few months we've been working with the engineering team at Othernet.is to create a 4x Coherent RTL-SDR that we're calling KerberosSDR. A coherent RTL-SDR allows you to perform interesting experiments such as RF direction finding, passive radar and beam forming. In conjunction with developer Tamas Peto, we have also had developed open source demo software for the board, which allows you to test direction finding and passive radar. The open source software also provides a good DSP base for extension.

If you're interested and missed out in the early campaign, don't worry we still have about 250 units left from this batch for sale at a price of $140 + shipping over on our Indiegogo Campaign.

Over the past few weeks we've been working on a few code speed improvements to the demo software, and we now believe that it should be fast enough to run on a Pi 3 B+ at decent update rates.  In particular the passive radar display frame rate has been improved and we're able to get about 1 FPS on a Tinkerboard now.

We will soon release the full code, but for now you can see the main two libraries developed by Tamas' that are used in the KerberosSDR code. These libraries contain the direction finding and passive radar processing algorithms.

Over the holidays we've been working on a simple companion Android app for the direction finding feature. Using the GPS and/or compass sensors on the Android phone, and the transmitter bearing given by the KerberosSDR we can plot a bearing towards the transmitter that we are tuned to.

The phone connects to a laptop/SBC WiFi hotspot running the KerberosSDR Linux software, and reads the bearing via a simple php HTML server.

Driving around with the KerberosSDR gives better results than when stationary as we can take multiple readings at different points which helps to average out multipath distortions.

In the image below we used a linear antenna array of four dipoles attached to the windscreen of a car. KerberosSDR was tuned to a TETRA transmitter at 858 MHz.

You can see that the majority of blue/green lines point towards the TETRA transmitter which we've marked with a red location marker at the known location.

Getting a bearing from GPS requires that you are moving. However if you are stationary it is also possible to use the compass sensor in the Android app, but Android compass sensors are not particularly accurate.

We also tested the app with a circular array of antennas and found it to work well too. A circular array has the benefit over a linear array of providing only one direction towards the detected signal, but may be more susceptible to multipath issues. In our test the circular array was simply four magnetic whips placed on top of a car.

This time we then drove around for a longer time while logging the data in the Android app. We can see that the majority of blue lines point towards the known transmitter location. Blue lines pointing away from the transmitter may be due to multipath or a briefly incorrect GPS heading (e.g. during a turn). Sometimes reflections or refractions of the signal can be more likely to be picked up if the direct path to the transmitter is really blocked. However if you have enough data points from driving around, it becomes much more clear where the actual transmitter is.

We now have some pictures of the boards being manufactured at the factory. Unfortunately we are behind our initial shipping target of mid-Jan due to the previous unexpected payment delays from Indiegogo, and because of this we may hit the Chinese New Year holidays which could delay us further as factories take a 2 week holiday starting late Jan. We're really hoping to have them shipped off just before then, but we don't know if we can beat the clock. I know some of you are anxious to get started with KerberosSDR, and so I do apologize for the delay. 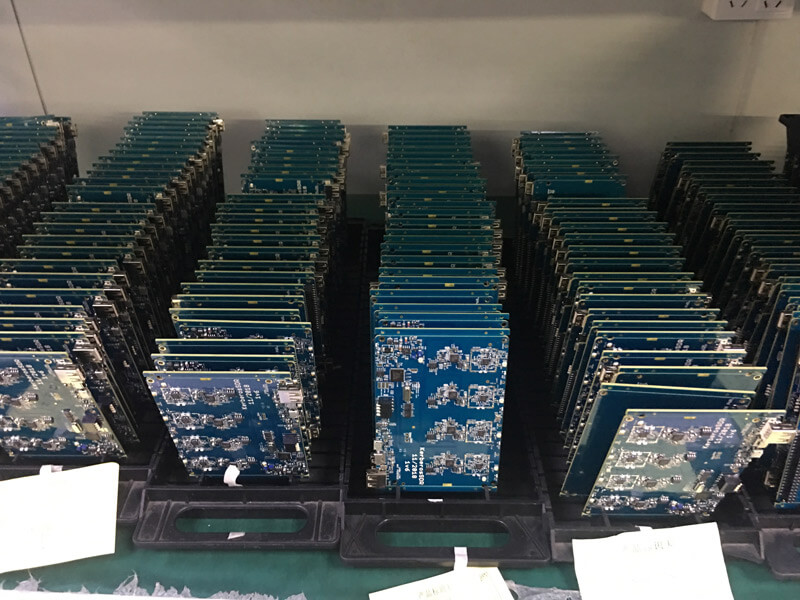 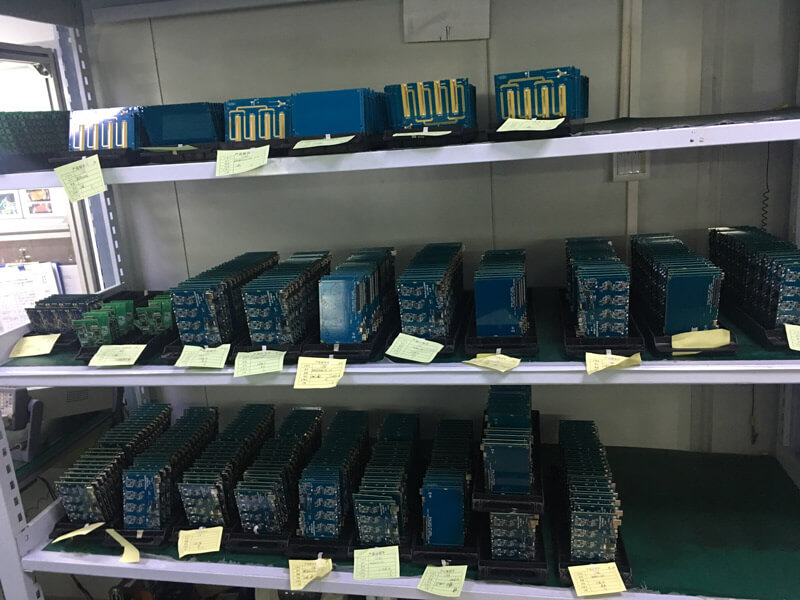