A few months ago we saw a Hungarian hardware developer selling a custom RTL-SDR software defined radio which included an upconverter built into the PCB.

Now a new Brazilian hardware developer has begun selling similar home made RTL-SDR units that can receive HF by default. Note that the page is in Portuguese, but Google translate does a reasonable job at translating.

These units come in a nice box and are capable of receiving between 0 to 1750Mhz.  Attached to the box are two UHF (SO-259) 50 Ohm connectors, one for an HF antenna and one  and a USB port. The developer also provides a CD which seems to come with the drivers, SDRSharp and some plugins. We aren’t sure if this SDR is using direct sampling or an upconverter to get HF signals as there don’t seem to be many details about the modifications made on the page. 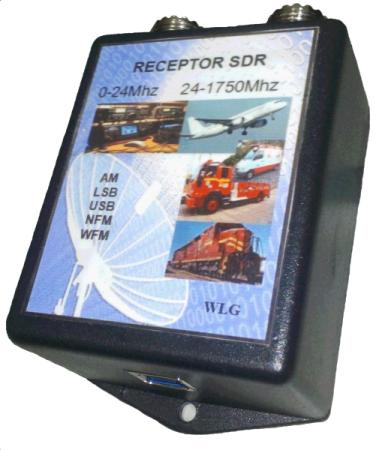 The page links to a video showing the SDR in action which is shown below.