Keenerd (aka Kyle Keen) recently ran a fundraiser to support him to work on improving the RTL-SDR driver and related software. A few months ago he released an update to the driver which made some improvements including some tweaks by another programmer teejeez that optimized the R820T’s filters which may help with out of band aliasing. The list of issues he is working on and has completed can be found at http://igg.kmkeen.com/.

To use keenerds drivers on Windows with SDR# you can go to http://igg.kmkeen.com/builds/, and download the latest build zip file. Then simply copy all the non .exe files into the SDR# folder and rename librtlsdr.dll to rtlsdr.dll. We recently tested the new drivers and show screenshots of the difference below. Nearby to the marine weather report frequency used in the screenshots is a very strong pager signal which causes significant interference. With the gain turned up on the original drivers the entire band is wiped out when the pager signal is transmitting. With keenerds drivers most of the band is usable and the weather signals can be heard. There do seem to be some issue with what looks like WFM interference appearing now however. Testing at other frequencies with nearby strong signals also seem to show that aliasing is significantly reduced. We also noticed a lower noise floor at some frequencies resulting in about a 2-3 dB better signal. However, we also noticed that the noise floor was raised slightly at some other frequencies. We suggest you give keenerds drivers a try and comment with any improvements or issues you see.

Back in August of this year RTL-SDR code contributer Keenerd aka Kyle Keen ran an Indiegogo campaign to raise funds to pay for him to work on upgrading RTL-SDR related code for one month. As Kyle only counts the days he manages to put a good effort in towards the upgrades, the coding is still ongoing. He recently put out an update which we quote below.

Hey all, sorry about dropping off the radar there.  There were several large unexpected events in recent months, but nothing bad.  I’ve still been hacking on the project.  An anonymous donor gave me a Lyons DSP textbook, which I’ve been working through for more solid foundations.  But studying doesn’t generate any new code for you to play with, so hasn’t been counted towards the project.

I’ve also been working on a very ambitious ADS-B related side project.  It is something no one has ever done before with the RTL-SDR, but mathematically it is feasible and progress is steady.  Not anywhere near for a release (and might yet be impossible in practice), and thus also hasn’t been counted towards the project.

So what has been completed since the last report?

* Audio padding (constant rate audio).  If you are streaming rtl_fm, this will prevent stutters when the tuner is busy hopping.

* Heatmap fixes.  The font is downloaded automatically and image slicing is completed.  Run rtl_power 24×7 but render a heatmap of only the last hour, for example.

* Rtl_power fixes.  Including one tricky corner case that caused crashes.

Also a big thank you to Kacper Michajłow who fixed and fleshed out a couple of Windows issues that were giving me trouble.

25 days remain.  As always, if you have comments or suggestions you can reach me by email or in ##rtlsdr.

The latest feature requests and links to the GitHub repositories and Windows builds can be found at http://igg.kmkeen.com/. 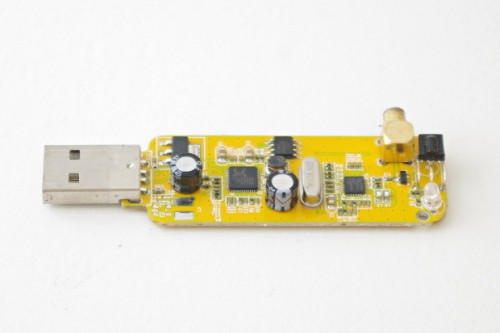