Akos from the RTLSDR4Everyone blog has just released several new posts. The first three posts review our V3 dongle and the fourth post continues his series on helping users avoid bad deals when it comes to RTL-SDRs.

The first post compares the NooElec SMArt against the V3. Akos finds that the SMArt has a better enclosure for use with the Raspberry Pi, but the V3 has more features and a lower price. The second post is a general review of the V3 dongle, where Akos reviews the features of the V3, shows what comes in the package, shows visually the difference between V2 and V3 PCBs and demonstrates how the V3 has a cleaner waterfall with less spurs. Finally, the third post compares the V2, V3 and SMArt on ADS-B and concludes that there is little to no difference between the three.

The fourth post points out some rip off RTL-SDR related auctions found on eBay. As stated before we believe that the majority of these ripoff sellers are people who are using market arbitrage bots. These bots simply take a listing from Amazon or elsewhere and list it on eBay as their own with a price markup. Then when a buyer purchases from them, they simply order directly from the original seller and get them to ship to the customer. While this is unethical, it seems to be allowed by eBay. 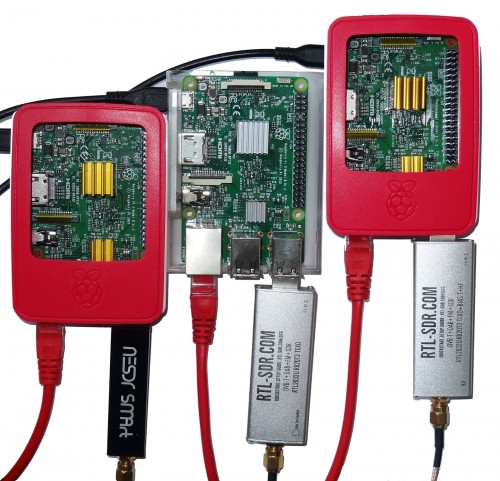