Back in June of this year we first posted about the upcoming CaribouLite product which is a software defined radio HAT for the Raspberry Pi. The project has just launched on Crowd Supply with a price tag of $119 for the CaribouLite, and $69 for a CaribouLite ISM only band version. The product is expected to ship in May 2022. CaribouLabs write:

The CaribouLite is entirely open source and designed for makers, hackers, educators, and researchers. It comes in two versions, the full and ISM band only versions. For most people the full version will be most desirable as it covers the full 30 MHz - 6 GHz range. However, certain projects may want to make use of the ISM band only version as they note that it may easier to obtain regulation compliance.

The full version comes with two TX/RX half-duplex channels, with channel one covering 30 MHz to 6 GHz, and channel two covering sub 1 GHz only. Both channels use a 13-bit ADC, capable of a bandwidth of up to 2.5 MHz maximum. The unit is capable of up to 14 dBm of transmit power.

The libcariboulite drivers support Soapy API, meaning that many SDR programs including SDR++, GQRX, CubicSDR and GNU Radio will be able to support the CaribouLite.

One problem is that we note that most Raspberry Pi resellers are out of stock and the component supply crisis appears to have slowed Raspberry Pi production. So this may be an issue for purchasers who do not already have their own Raspberry Pi. However, given that the CaribouLite ships in May 2022, there may still be time to obtain a Pi.

Given the low cost, specs and features, this appears to be quite an interesting SDR that we are excited to get our hands on. Combined with a Raspberry Pi Zero we can imagine multiple portable use cases and projects that will come from this product. 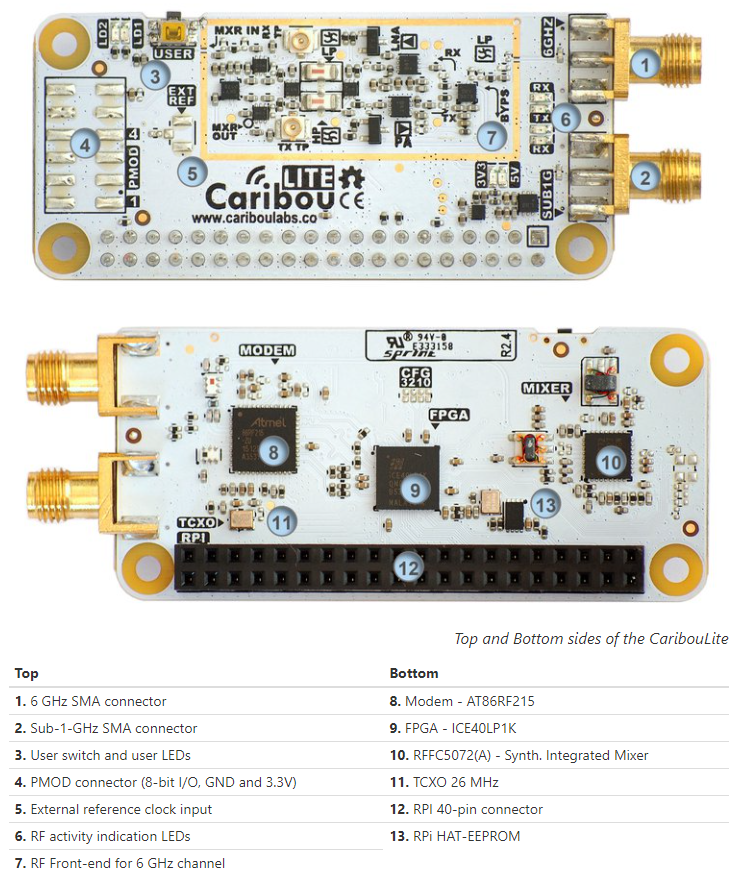