Thank you to Carl Reinmann (aka usradioguy) for submitting his blog post which goes into deeper detail about the NOAA-15 weather satellite imaging failure that we posted about last week.

In his post Carl discusses in detail the technical aspects of the AVHRR Scan Motor failure, shows plots of the AVHRR motor current increasing, provides multiple examples of corrupt images being recently received and notes the history of previous failures which were eventually resolved.

He also notes that even with the AVHRR failure the other sensors on the satellite will remain functional, however a failure of this instrument would mean the end of the easy to receive APT images at 137 MHz from NOAA-15. We note that there is still the opportunity to receive NOAA-18 and NOAA-19 which are the remaining operational satellites that transmit APT at 137 MHz.

NOAA have now also released an official notice about the failure which reads:

The NOAA-15 AVHRR Scan Motor current began showing signs of instability on Oct 18 at approximately 1800Z, when the current began to gradually rise from about 205 mA to about 250 mA, where it remained until Oct 24. At about 0000Z on Oct 24, the current began rising again throughout the day, peaking at about 302mA on Oct 25. Scan motor temperature began rising about the same time and is currently steady at ~29°C. The instrument is still producing data, but it is highly degraded. This behavior may be a sign of an impending scan motor stall but requires further investigation. Options for recovery are limited.

The NOAA APT weather satellites are popular because they fly over most places on earth frequently, and they are easy to receive images directly from with modest hardware such as an RTL-SDR and v-dipole antenna.

Three NOAA APT satellites currently operational include NOAA-15, NOAA-18 and NOAA-19. The satellites are however long past their rated mission age, with NOAA-15 being almost 25 years old now.

Unfortunately NOAA-15 appears to be having trouble with it's image scanning motor at the moment, and it is producing corrupted images. This problem has occurred in the past in 2018 and 2019, before fixing itself, so the hope is that it will fix itself again this time.

NOAA does not appear to have released any information about the outage yet on their General Satellite Messages page.

We also wanted to note the recent news that NOAA will be transitioning NOAA-15, 18 and 19 to a private company for on-orbit operations. 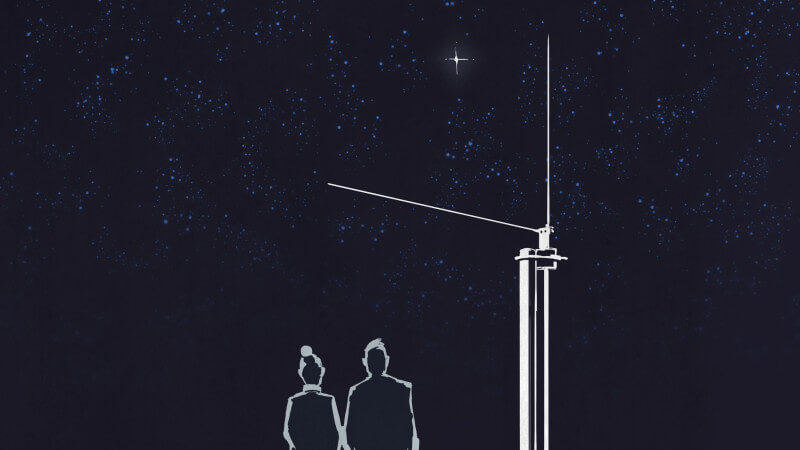 Back in April 2018 we posted how the NOAA-15 APT weather satellite that many RTL-SDR users enjoy receiving images from was having problems with it's scan motor resulting in image errors. The satellite recovered from that problem, but today the problem appears to be back and in a much worse way now.

Users on Reddit and Twitter have reported bad images coming in from NOAA 15. Over on Reddit u/rtlsdr_is_fun has provided a post showing an example of a corrupted image, and also provided an IQ and Audio file. On his blog [Karsey] has also posted some interesting looking corrupted images that he's received.

NASA have put out a statement indicating that yet again it is a problem with the scan motor, and the problem could be permanent.

The NOAA-15 AVHRR Scan Motor current began showing signs of instability at approximately 0400Z on July 23, 2019. At about 0435Z the current rose sharply to about 302mA where it has remained. Scan motor temperature began rising about the same time and is currently steady at ~26M-0C. Black body temperatures dropped sharply at about the same time. The instrument appears to no longer be producing data.
This behavior is consistent with a scan motor stall, but requires further investigation. Options for recovery are limited.

Having been launched in 1998 with a minimum spec of 2 years operation, NOAA-15 has already well outlived it's time and may finally be failing for real. We hope it will recover, but if not we should be thankful that Russian weather satellite Meteor M2-2 is now fully operational and transmitting beautiful high resolution images.

Over the last few days the NOAA-15 APT weather satellite has begun to show signs of failure with people receiving corrupted images. NOAA 15, 18 and 19 are weather satellites that can be easily received with an RTL-SDR and a satellite antenna such as a V-Dipole, QFH or Turnstile (tutorial here). NOAA 15 was launched on 13 May 1998, making it one month away from being 20 years old. To put it into perspective, NOAA-15 was only built to the spec of being designed to last 2 years minimum.

The problem currently appears to be intermittent and is due to a loss of lubricant on the scan motor. NOAA released a message:

The N15 AVHRR global imaging became corrupted on April 12 at ~0000 UTC due to sync issues. This may be caused by erratic scan motor current due to loss of lubricant. The problem appears to have corrected itself, as the global image is no longer corrupted. The issue is still under investigation.

In the Tweet below UHF Satcom displays an example of a corrupted image that was received.

The issue is intermittent, and hopefully it can be fixed, but if not we still have NOAA 18 and 19 which were launched in 2005 and 2009 respectively, as well as the Russian Meteor M2 satellite which was launched in 2014.