Skinwalker Ranch is a History channel conspiracy theory reality TV series where a team of scientists and researchers are sent to look for various explanations for "otherworldly" activities supposedly occurring on the ranch. In some episodes the team have made use of an SDRplay RSP software defined radio with SDRuno software to monitor the radio spectrum.

In the series the team are constantly surprised to see unexplained activity occurring on the spectrum. Are these signals just RF noise or man made activity? Or something else? You can decide from the RSP SDRUno waterfall and spectrum display which is shown clearly in the clips below. In the first clip they discover wideband spectrum noise on HF frequencies. In the second clip (from 2:40 onwards) they discover a suddenly active signal at 832 MHz when attempting to setup their drone which experiences calibration issues. 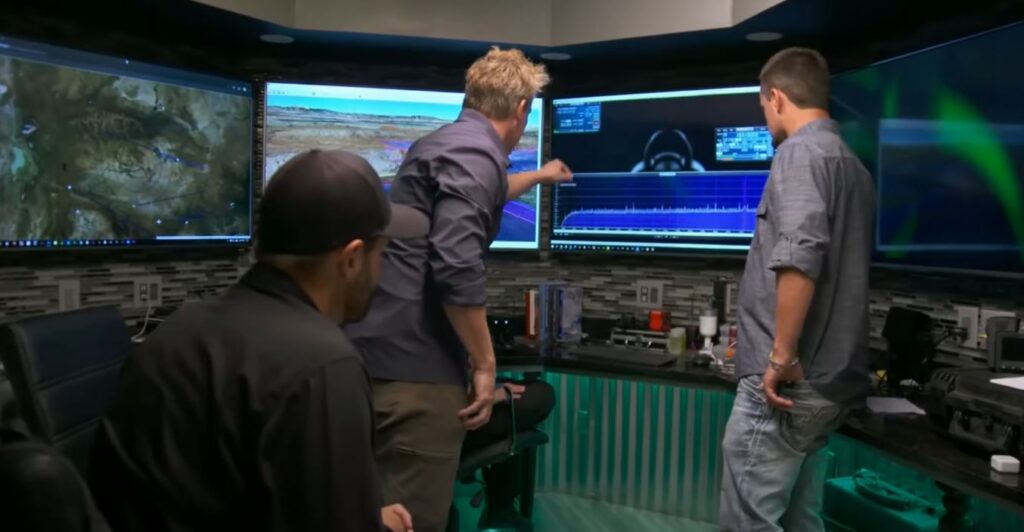