Harris Butler is designing his own software defined radio out of a Cypress PSOC5 (processor and ADC), an RF mixer, LNA and a frequency synthesizer (for use as a local oscillator) all purchased from eBay. Recently he wrote in to let us know that he had been testing the Frequency Synthesizer that he purchased and wanted to share his results.

When testing the frequency synthesizer Harris found that it could be fairly well calibrated to sit on a desired local oscillator frequency. Originally he had been testing the generator with it directly connected to the RTL-SDR, however later he added some attenuation to prevent the RTL-SDR from overloading. Despite this even with the attenuation he found that the frequency generator seemed to be fairly noisy and poor in terms of the strength of the harmonics produced. He notes that to use in a real application it will probably require good filtering.

In the video shown below Harris demonstrates the frequency generator output and harmonics using the RTL-SDR. 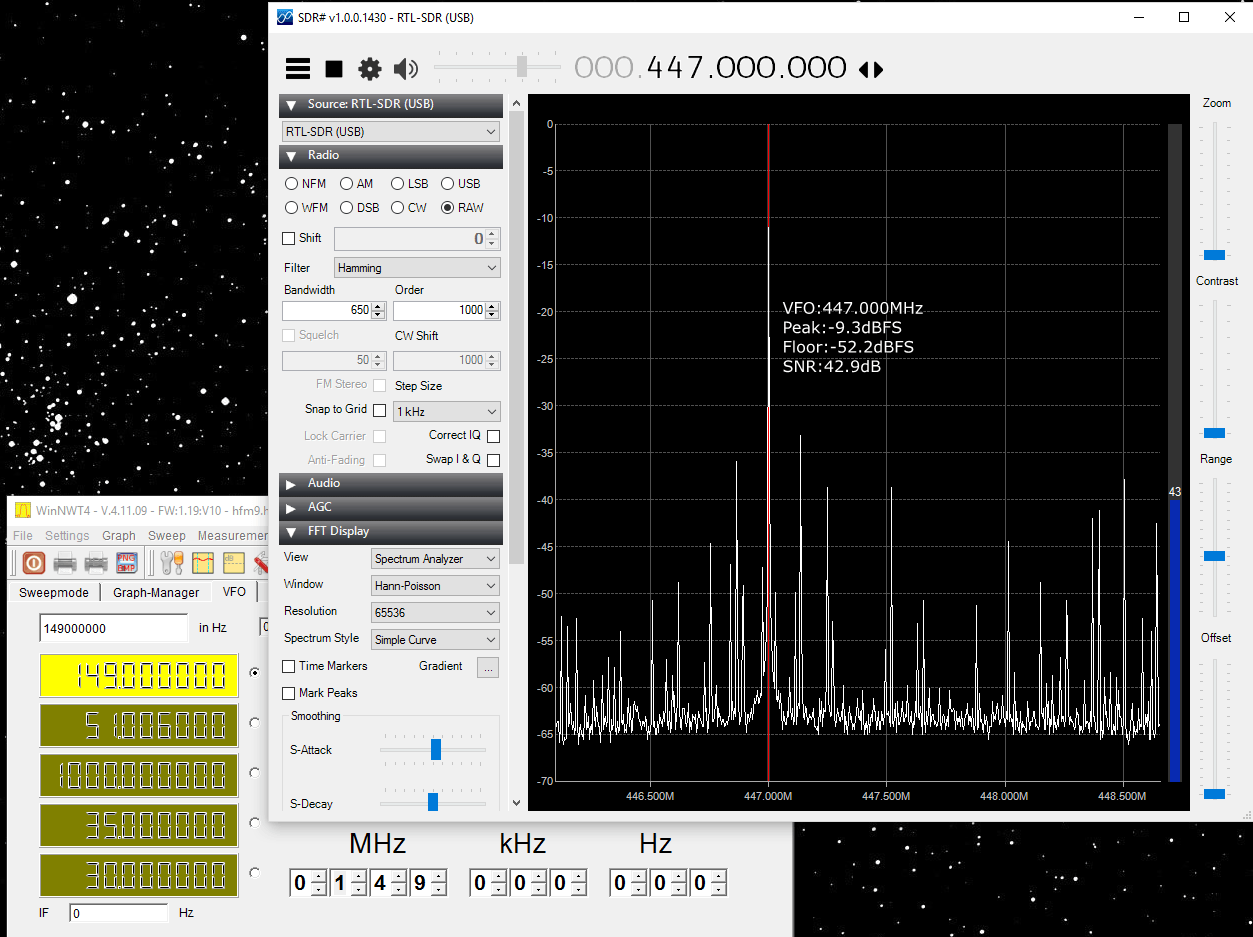