Over on his YouTube channel Kalle Hallden has uploaded a video demonstrating how to perform a replay and "rolljam" attack on a wireless car key with an RTL-SDR and Yardstick One. His first experiment is a simple replay attack which involves recording the unlock signal from the car key with the Yardstick One in a place far away from the car so that it is not received, then replaying it close by.

This works well, but Kalle then explains rolling code security and how this would easily thwart any replay attack in the real world. However, he then goes on to explain and demonstrate the "rolljam" technique, which is one known way to get around rolling code security. The demonstrations are obviously not full tutorials, but are just high level overviews of how wireless security can be defeated.

Hacking Into A Car!

A few weeks ago we posted about the recently uploaded talks listed on the Defcon YouTube channel. However, there is a second YouTube channel dedicated to talks presented as part of the Defcon Aerospace Village which was also held virtually. A number of these talks involve software defined radios and RTL-SDRs and so may be of interest to readers. We have listed a few interesting talks below, but the full list can be found on their YouTube channel. 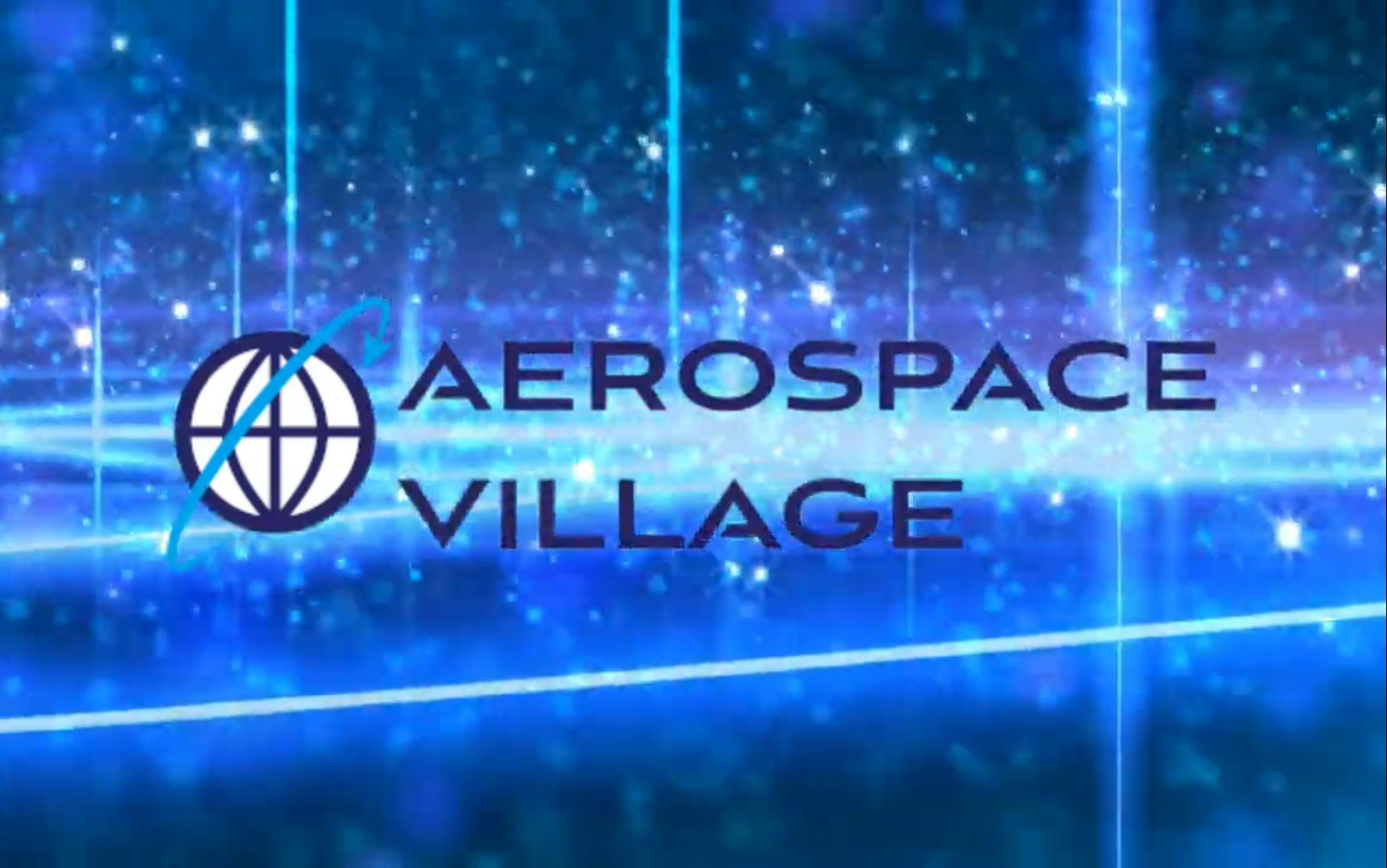 The Organized Crime and Corruption Reporting Project (OCCRP) have recently run a story about how they have used ADS-B aircraft data to uncover the role that US civilian aircraft contractors are playing in the East African "kill chain". The investigation began over concerns that while civilian contractors do not pull the trigger, they may be becoming too involved in the process of determining exactly who will be killed in combat via data collection and analysis through their high tech surveillance aircraft. In the article they also note how many of these civilian contractors hide their true owners behind a chain of multiple LLC companies, thus reducing any accountability for their actions.

OCCRP also supports the Dictator Alert project which we have posted about in the past. In a related article titled "Mapping the Secret Skies: Lessons Learned From Flight Data" Emmanuel Freudenthal who helped setup the Dictator Alert project discusses how censorship free ADS-B tracking is helping journalists uncover new stories. In the article he notes how he uses uncensored ADS-B data together with the leaked Paradise Papers to reveal the true owners of aircraft hidden behind multiple LLC and shell companies. Regarding the "kill chain" article Emmanuel's post also explains how the story came to be:

An upcoming OCCRP story focuses on U.S. surveillance flights over Somalia. The U.S. military operates out of a small air base at Manda Bay just over the border in Kenya. We had a tip that it would be worth checking on planes in the area, so we set up an antenna nearby, which fed us information about planes taking off and landing from the base.

We eventually had to take down the antenna due to security concerns. But we managed to collect data on a number of planes that had been purchased by obscure shell companies and modified with advanced surveillance equipment before being sent to Kenya.

Why is this article posted on this blog? ADS-B data from aircraft is most often received these days via RTL-SDR dongles due to their low cost, so it is interesting to see to what extent cheap SDRs may be affecting the world via this type of reporting.

We note that ADS-B Exchange is the only censorship free ADS-B data aggregator available. All other online flight trackers censor flights from the government as well as from some private jets that may be owned by high profile company directors or in some cases dictators. The argument for censorship is that ADS-B data collection may be made illegal otherwise.

In a previous post we also discussed how censorship free ADS-B data from ADS-B Exchange revealed how military Blackhawk helicopters and Predator drones were used for surveillance during the early Black Lives Matter protests.

At the BSides OK 2020 virtual conference Cameron Mac Millan recently presented a talk titled "It’s 2020, so why am I still able to read your pager traffic?". On this blog we have posted numerous times about privacy breaches stemming from insecure wireless pager traffic. Anyone with a radio or SDR can receive and decode pager messages, and this has been known and done since the 1980's. Cameron's talk explains how paging systems work, who are the modern users of pagers, how to capture and decode pager messages and how to best log and filter through messages. He goes on to describe a number of major pager security breaches that he's personally seen. The talk preview reads:

This talk explores why pagers remain a potential threat vector in many environments despite the technology being 40 years old. This is not a the-sky-is-falling presentation: everything from paging history to how simple it is to decode pager traffic (and the associated risks) is covered without FUD.

I enjoy poking things with sticks and turn over rocks to see what crawls out from under them. One of my interests is seeing how technologies believed to be obsolete can still pose a problem for security today, and do that from the perspective of a 20-year career in infosec. When not creating tomorrow’s problems with yesterday’s technology, I can usually be found wrenching on unusual cars.

A few days ago we posted about two SDR related DEFCON talks which were recently released. One of the talks was about detecting fake 4G base stations with a bladeRF SDR and a tool they created called "Crocodile Hunter". It is currently compatible with the bladeRF x40 and USRP B200. The talk summary is posted below as it nicely summarizes what fake 4G base stations are and what Crocodile Hunter can do.

The Crocodile Hunter software is apparently a little difficult to install and get running, so Aaron who runs DragonOS YouTube tutorial channel has uploaded a video documenting how to install and configure the software. The tutorial assumes that you are the running the latest DragonOS image which already includes a lot of the prerequisite software, and in his example he uses a USRP B205mini-i SDR.

DEFCON 2020 was held online this year in and the talks were released a few days ago on their website and on YouTube. If you weren't already aware Defcon is a major yearly conference all about information security, and some of the talks deal with wireless and SDR topics. We found two very interesting SDR and wireless related talks that we have highlighted below. The first talk investigates using commercial satellite TV receivers to eavesdrop on satellite internet communications. The second discusses using a bladeRF or USRP to detect fake 4G cellphone basestations. Slides for these talks are available on the Defcon Media server under the presentations folder.

Space is changing. The number of satellites in orbit will increase from around 2,000 today to more than 15,000 by 2030. This briefing provides a practical look at the considerations an attacker may take when targeting satellite broadband communications networks. Using $300 of widely available home television equipment I show that it is possible to intercept deeply sensitive data transmitted on satellite links by some of the world's largest organizations.

The talk follows a series of case studies looking at satellite communications affecting three domains: air, land, and sea. From home satellite broadband customers, to wind farms, to oil tankers and aircraft, I show how satellite eavesdroppers can threaten privacy and communications security. Beyond eavesdropping, I also discuss how, under certain conditions, this inexpensive hardware can be used to hijack active sessions over the satellite link.

The talk concludes by presenting new open source tools we have developed to help researchers seeking to improve satellite communications security and individual satellite customers looking to encrypt their traffic.

The talk assumes no background in satellite communications or cryptography but will be most interesting to researchers interested in tackling further unsolved security challenges in outer space.

Flipper Zero isn't an SDR, but it is an interesting RF capable pentesting tool that is currently being crowdfunded, and we think it deserves a post. Based on a TI CC1101 transceiver chip, the Flipper Zero has a sub 1-GHz radio capable of doing things like emulating a garage door remote, transmitting digital signals like OOK/ASK/FSK/GFSK/MSK at 315/433/866 MHz, analyzing and decoding popular remote control algorithms like Keeloq, and reading and emulating 125 kHz RFID tags. And as the crowd funding stretch goals have already been reached, the hardware will also include a Bluetooth and NFC module.

In addition to the RF features, it has a 1-wire iButton/TouchMemory/Dallas key reader, can function as a U2F security token, has an infrared transceiver with learning feature for emulating IR remotes and has 12 5V tolerant GPIO pins available for expansion with modules such as interfaces, sensors, wireless modules and cellular modems. It can also emulate a USB slave device like a keyboard allowing you to deploy a keyboard payload.

Flipper Zero currently costs US$119 however it will soon jump to US$129 once the early bird special runs out. At the time of this post they already have 13,000 backers and have raised in excess of 2.5 million dollars. There is still 25 days left in the campaign.