Thank you to Zoltan Doczi (HA7DCD) for submitting news about the successful launch and first reception of the SMOG-1 PocketQube Satellite (which is only 5x5x5cm in size). The pre-launch press release by Tech University of Budapest is available here, and the SMOG-1 Facebook page provided additional updates.

Back in April 2020 we first heard about the launch of SMOG-P which was the first functioning 1-PocketQube satellite, and was designed to measure electromagnetic pollution (electrosmog) from space. SMOG-1 is the successor to SMOG-P and it carries a similar mission to measure electromagnetic pollution generated by human activity in space around the Earth. Interestingly it also carries a magnetically lossy material under it's solar panels which is to act as a brake, reducing the 18-25 Orbital lifespan, thus reducing space trash after the primary mission is complete.

According to the receive and decoding instructions provided by Levente Dudas, SMOG-1 can be received with a simple satellite antennas, such as a handheld Yagi, Turnstile, Dipole or quadrifilar-helix antenna. The telemetry frequency is 437.345 MHz with callsign HA5BME. For the radio an RTL-SDR connected to a Raspberry Pi can be used, and the telemetry decoding software can be found on GitLab.

SMOG-1 can be tracked here, although Zoltan mentions that the TLEs may not yet be accurate for several more days or weeks, as was seen with the launch of SMOG-P as well. The reason is that it is difficult for the NORAD radars to see these tiny PockQube satellites which is required for TLE generation. 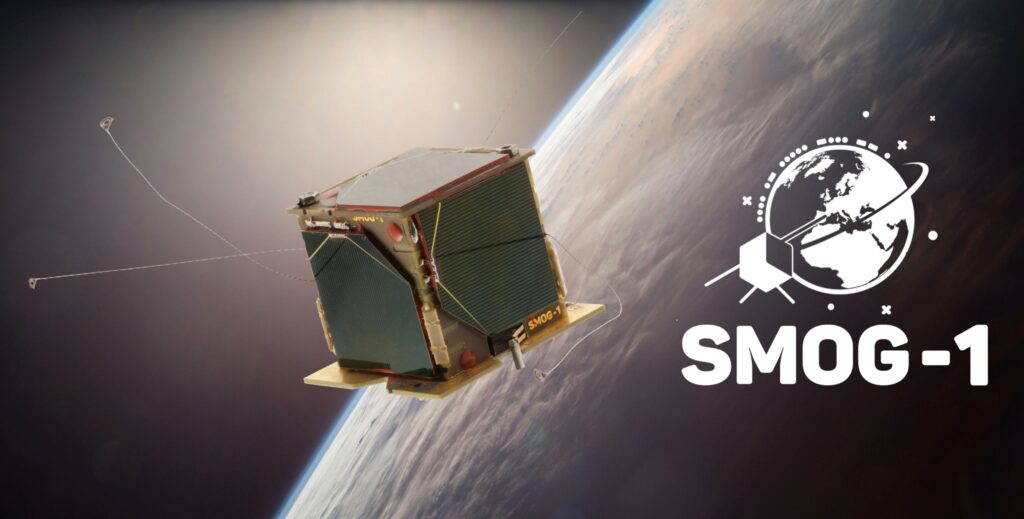