Last week we posted news about the "SirenJack" radio security vulnerability which was released by Balint Seeber of the Bastille security research agency. SirenJack describes how a cheap TX capable SDR or a $30 handheld radio could allow an attacker to take over wirelessly controlled emergency sirens that are found in many cities around the US. In particular, it was discussed how Acoustic Technology, Inc (ATI Systems) sirens' were the first to be found as vulnerable.

Today Dr. Ray Bassiounim, President & CEO of ATI Systems wrote to us (and presumably other news agencies that ran the SirenJack story) a rebuttal which we paste below.

Balint Seeber of Bastille Networks, Inc. has released information that he has been able to hack Acoustic Technology, Inc.’s wireless protocol. ATI believes that Seeber misrepresents his claims that he did so using only a $35 radio and a laptop. ATI understands the great lengths, time, effort, and expertise that Seeber and Bastille went through.  However, their claim trivializes the fact that Seeber is a radio frequency expert with over a decade of training, knowledge, and access to advanced equipment. Bastille’s statement intended to maximize public fear and anxiety by purposefully omitting and simplifying information they released.

Seeber says he identified this vulnerability over 2 ½ years ago but decided not to notify ATI or the City of San Francisco until recently. If he truly believed this was a serious vulnerability, why did he wait so long to disclose it, effectively leaving the public at risk? Other discrepancies discovered include:

When the San Francisco system was installed in 2004, over 14 years ago, it was state-of-the-art. Since then, ATI has upgraded protocols to incorporate a 128-bit AES variable key with an additional ATI proprietary security layer that is now being implemented.

“For the past 30 years ATI has had thousands of clients, both nationally and internationally.  Even though we have never experienced any fails or hacking incidents, ATI responded to Bastille’s false claims by raising security safeguards, and ATI encourages its clients to update their systems to ensure maximum security. We believe that Bastille’s representations are totally fabricated,” comments ATI’s CEO, Dr. Ray Bassiouni.

It's true that Balint and Bastille do have years of knowledge and the equipment to find vulnerabilities, however we believe that Bastille was only claiming that a $30 radio can be used to take over the system now that the vulnerability is already known. If a more malicious hacker found the vulnerability first, and then released the details to 'script kiddies' or other malicious people, it could have caused major issues.

The white paper on SirenJack is now available and can be found at sirenjack.com. From the white paper it appears that Bastille analyzed the RF spectrum to find the weekly siren test signal. Once found they were able to characterize the modulation scheme, and since no encryption was used, they were able to dissect the packet. They then determined that the packets could easily be reproduced and thus any transmit capable radio could be used to attack the system. Also although Bastille used USRP SDRs in the reverse engineering stage, it seems that the same reverse engineering work could be done with a simple RTL-SDR. 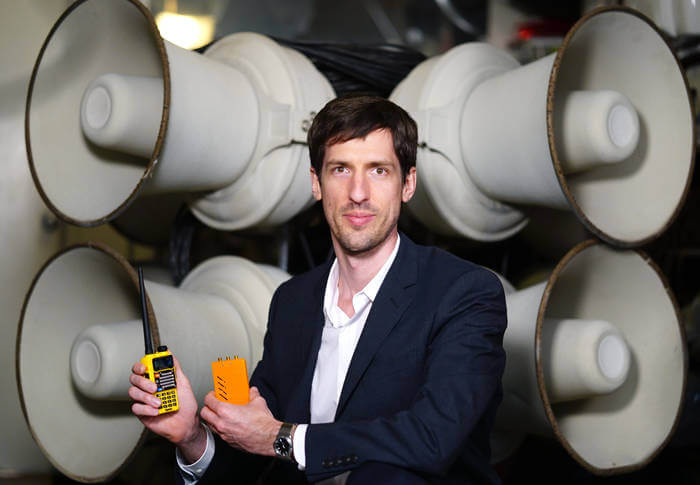