Nobu’s HF upconverter is called the SC-HFCONV-100 and is based on the design by ttrfrech. It uses the ADE-1 frequency mixer from minicircuits, which is the same mixer used by most other upconverters on the market, including the most popular ham-it-up upconverter. It has the following features:

In terms of performance the upconverter works well and has similar performance to the ham-it-up, though it appears that the SC-HFCONV-100 has better SNR especially at VLF, but the ham-it-up has better filters. We like it’s small size, but just like the ham-it-up it really needs an aluminium case to protect it. Fortunately Nobu also sells a fitted case.

From the schematic it appears this upconverter uses the ADE-1 mixer in a slightly different way to the ham-it-up. Instead of connecting the antenna to the RF input of the ADE-1 like with the ham-it-up, they connect it to the IF input. This is also the method used in the SV1AFN upconverter, and this method should improve the overall SNR performance when compared to connecting it to the RF input, especially at VLF frequencies. We aren’t sure if there are any disadvantages to this method however. If you are interested, the schematic for the upconverter can be found here and more information about the upconverter can be found here. 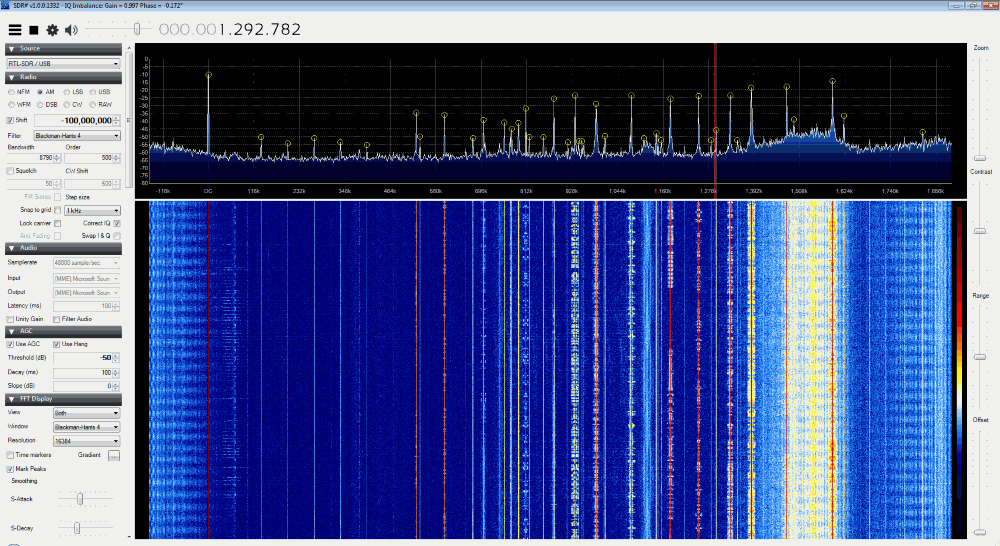 The first image shows reception of a morse code beacon at around 3.5 MHz. With the galvanic isolator the noise floor is reduced significantly and the signal is stronger.

Mouse over the images to see reception without the galvanic isolator. 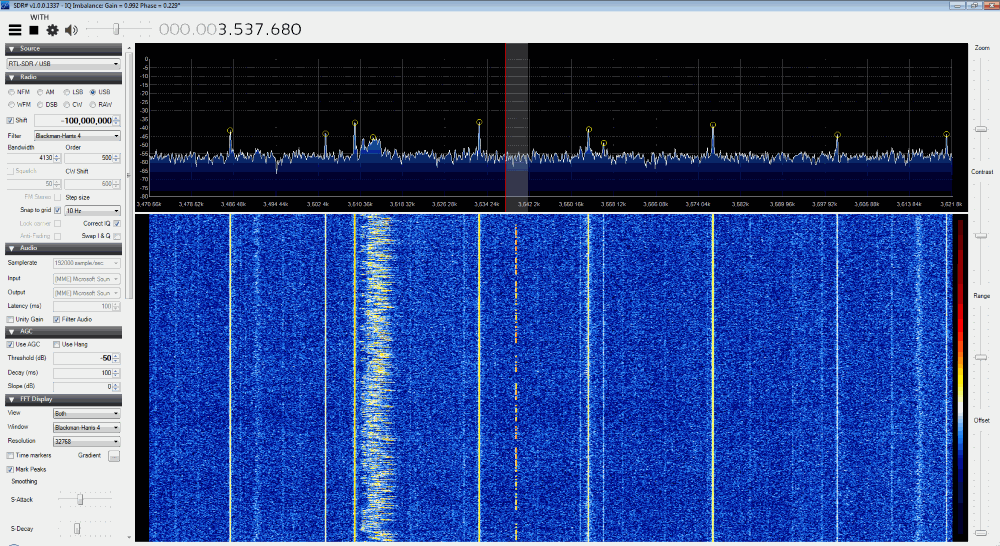 The second image shows reception of a international broadcast AM station. The test is done in a fairly noisy environment, but without the galvanic isolator lots of extra PC noise is present further affecting the band.

Mouseover the image to see reception without the galvanic isolator. 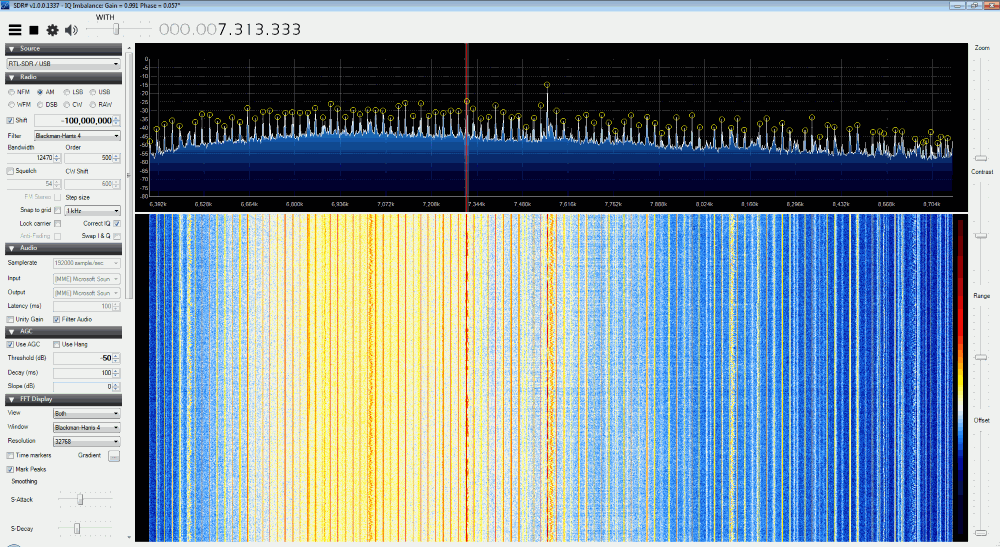 The low pass filter is recommended to be used with a direct sampling modified RTL-SDR in order to remove interference from strong signals at frequencies above 14 MHz. It is usually not needed with upconverters, as most upconverters should already have a 30 MHz low pass filter or similar built in. Without filtering stations like strong broadcast band FM and pager signals can interfere with HF signals. Unfortunately, we don’t have any direct sampling modified units with us at the moment, so we couldn’t test the filter directly, but we were able to test its performance on attenuating the broadcast FM band. The results show that strong broadcast band stations are significantly attenuated with the filter in place.

Mouse over the image below to see the effect of the low pass filter being removed on the broadcast band frequencies. 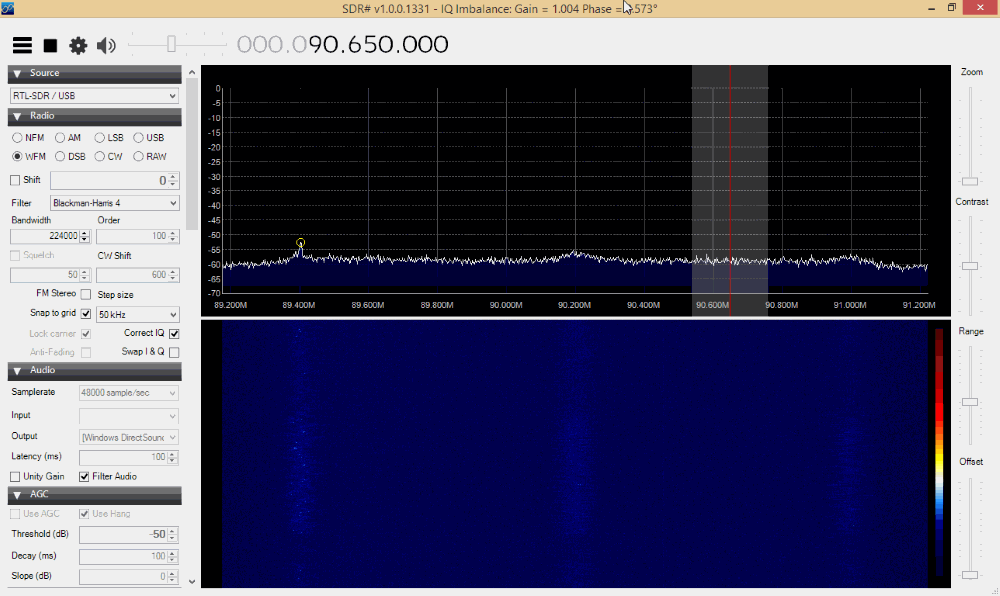 In conclusion Nobu’s products work as advertised, and we can definitely recommend them. Nobu’s products are made in Japan, and at the moment can only be bought from the Japanese Amazon store [HF Upconverter – $56 USD] [Upconverter Case ~$25 USD] [Galvanic Isolator – $23 USD] [Low Pass Filter – $~23 USD]. To purchase from outside of Japan you can use a third party shopping service available at http://agent.jzool.com/, which will buy and ship the product to you from Japan.

Disclaimer: Nobu sent us these products free of charge in return for an honest review.