Wavesink is a new SDR Android App, which allows your RTL2832U based dongle to receive FM radio with RDS, Digital Audio Broadcast Radio (DAB) and VHF band Digital Radio Monodial (DRM+). DAB+ support is also to be released by next week, and a station memory will also be added in a future release.

The app is currently in beta development, and only the trial version is released, which will allow you to use the app for 5 minutes at a time. They indicate that the commercial version will be out soon.

To use this with your Android device, you will need a USB OTG (On the Go) cable, and your device must support USB host mode, which most Android devices above 3.1 should support.

I gave the app a quick spin in FM mode, and found that the interface was a little clunky, but the app worked fine, and the FM and RDS signals were decoded correctly. 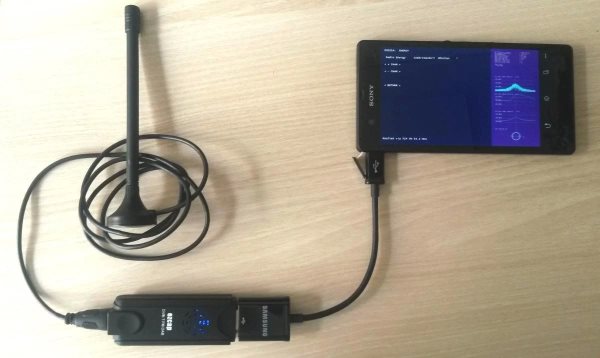