Back in late 2019 we posted about the Electrosense network which is an open source project aiming to deploy radio spectrum sensors worldwide. The idea is to help analyze and understand radio spectrum usage across the globe. Each sensor consists of an RTL-SDR, Raspberry Pi and an optional downconverter to receive the higher bands.

Recently Dr. Sofie Pollen wrote in and informed us that they have recently upgraded Electrosense and now users can use any sensor on the network to actually decode signals remotely over a web browser. The currently supported demodulators/decoders include FM/AM, ADS-B, AIS, LTE base station info and ACARS. This makes the Electrosense network kind of similar to the KiwiSDR or OpenWebRX SDR network where there are also various decoders built into the web software.

To test it out you need to create an Electrosense account at electrosense.org. Once logged in, go to "My Electrosense" on the top right, and choose "Spectrum Decoder". You can then choose from a number of Electrosense contributors stationed around the world. Once the waterfall is displayed you can click on signals to decode and listen to them, or change the decoder. Changing to ADS-B or AIS will bring up a map with decoded aircraft or boat positions. Changing to ACARS or LTE will show a text window with the decoded information.

A full electrosense kitset can be purchased from Jetvision, however Sofie notes that they do ship free sensors to some people who cannot afford the kit, and you can apply to increase coverage in your area via this link.

In January 2018 an incoming missile alert was accidentally issued to residents in Hawaii, resulting in panic and disruption. More recently an unblockable Presidential Alert test message was sent to all US phones. These events have prompted researchers at the University of Colorado Boulder to investigate concerns over how this alert system could be hacked, potentially allowing bad actors to cause mass panic on demand (SciHub Paper).

Their research showed that four low cost USRP or bladeRF TX capable software defined radios (SDR) with 1 watt output power each, combined with open source LTE base station software could be used to send a fake Presidential Alert to a stadium of 50,000 people (note that this was only simulated - real world tests were performed responsibly in a controlled environment). The attack works by creating a fake and malicious LTE cell tower on the SDR that nearby cell phones connect to. Once connected an alert can easily be crafted and sent to all connected phones. There is no way to verify that an alert is legitimate.

Recently we've heard of a new Linux distribution called SigintOS becoming available for download. SigintOS is an Ubuntu based distribution with a number of built in signal intelligence applications for software defined radios such as RTL-SDRs and other TX capable SDRs like the HackRF, bladeRF and USRP radios.

The distro appears to be very well executed, with a built in GUI that grants easy access to the some common sigint tools like an FM and GPS transmitter, a jammer, a GSM base station search tool and an IMSI catcher. SigintOS also has various other preinstalled programs such as GNU Radio, gr-gsm, YatesBTS, wireshark and GQRX.

The OS also teases an LTE search and LTE decoder which to access requires that you get in contact with the creators, presumably for a licencing fee. Regarding an LTE IMSI catcher they write:

LTE IMSI Catcher is not myth!

Due to the nature of LTE base stations, the capture of IMSI numbers seems impossible. LTE stations use GUTI to communicate with users instead of IMSI. The GUTI contains the temporary IMSI number called T-IMSI. This allows the operator to find out who is at the corresponding LTE station who is authorized to query T-IMSI information.

Can the GUTI number be found?
Answer Yes!

How to find GUTI and T-IMSI numbers?
Can be found with the help of SigintOS …

The image comes as a 2GB ISO file, and it's possible to run it in WMWare or VirtualBox. 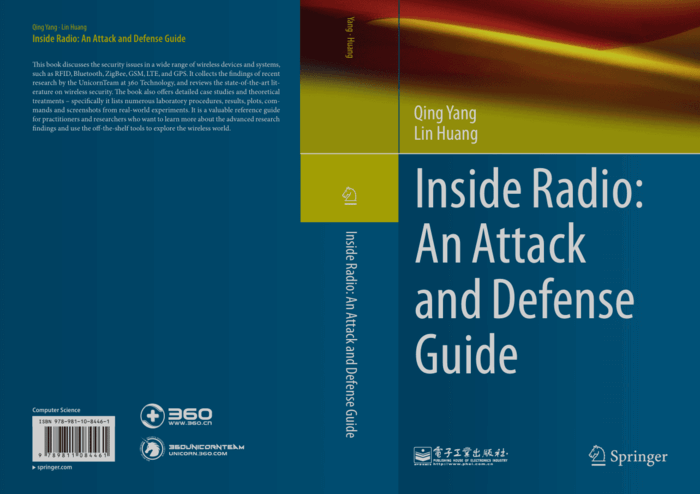 Back on Dec 5 we posted about some Defcon 23 talks that were released from the Wireless Village set of talks. Recently some more talks from other tracks have been released and one of interest to our blog is the talk by Ian Kline titled “LTE Recon and Tracking with RTLSDR”. The talk’s blurb reads:

Since RTLSDR became a consumer grade RX device, numerous talks and open source tools enabled the community to monitor airplanes, ships, and cars… but come on, what we really want to track are cell phones. If you know how to run cmake and have $50 to pick up an RTLSDR-E4000, I’ll make sure you walk out of here with the power to monitor LTE devices around you on a slick Kibana4 dashboard. You’ll also get a primer on geolocating the devices if you’ve got a second E4000 and some basic soldering skills.

TD-LTE is a mobile phone standard acronym for Time Division Long Term Evolution. It is one of two variants of LTE technology, with the other being FD-LTE (Frequency Division LTE).

Over in China where TD-LTE is commonly used, Jiao Xianjun discovered that the current LTE-Cell-Scanner Linux program did not support TD-LTE, so he made a fork which does support TD-LTE. LTE-Cell-Scanner is a program which can decode LTE cell tower data which contains information like the cell ID, transmit frequency and transmit strength. With his modified LTE-Cell-Scanner, some MATLAB scripts he wrote and an RTL-SDR, Jiao was able to decode the cell information from 10 TD-LTE signals and 2 FD-LTE signals. He has uploaded a video showing this too.